Jordan’s economy is one of the smallest in the Middle East and is highly dependent on foreign assistance. A recent drop in support from neighboring countries has led to steep increases in the price of food. Seventy percent of Jordanians are under age 30, and nearly one-third of people under age 25 are unemployed. The country also provides shelter to over a million refugees from neighboring countries.

Established in 2007, FINCA Jordan has the highest outreach to women in the entire FINCA network. FINCA's loans in Jordan also have the highest impact in terms of net job creation. FINCA Jordan offers small group and individual loans as well as local currency and agricultural loans, with the option to follow Islamic lending practices.

Fifty-eight percent of adults lack access to a basic bank account in Jordan, which forces them to rely on informal credit to grow their businesses. The situation is dramatically worse for women, 73 percent of whom are financially excluded, versus 44 percent of men. This gives extra urgency to FINCA's female outreach: 92 percent of its clients are women -- the highest in the FINCA network, and more than three times the regional average.

FINCA's customers in Jordan enjoy relatively good living standards compared to elsewhere in the region and the world. Most have access to basic services in their homes, and very few heads of households have less than a secondary education. Despite this, the rate of home ownership is relatively low, by both regional and global standards. This denies many families the opportunity to build wealth over time, which is one of the principal advantages of owning a home.

The enterprises funded by FINCA Jordan are mostly owner-operated businesses in the trading sector, with one part-time employee. (See Special Topics, below, for more detail.) They retain a third of their total sales as profits, equivalent to roughly $3,000 each year. Although total employment is lower than in other places (like neighboring Pakistan, where each enterprise employs 2.7 people), the impact of FINCA's loan is by far the highest in the network. According to our survey data, FINCA's loan is responsible for 68 percent of the employment in an average client's business.

FINCA Jordan is empowering women is to start and grow businesses. Women run most of the enterprises, and they fill most of the jobs that are created as a result. Almost 9 out of every 10 employees in our clients' businesses are women, putting FINCA Jordan's clients far ahead of any other subsidiary in terms of job-creation for and by women.

The most common aspiration for FINCA's clients in Jordan is to grow their existing business. However, a significant portion -- 13 percent -- are using their loans to start a new venture. This is the second-highest rate of business start-ups in the FINCA network, right after Honduras. Clients also have aspirations to improve their homes and acquire assets -- about 4 in 10 mention these as their primary objectives. Overall, clients report that FINCA loans are helping them achieve these goals, especially in the areas of business and home improvement. 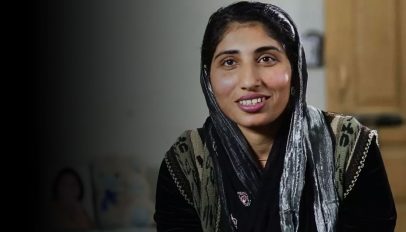 For the Love of Her Family

Sultana Bibi, the eldest sibling in her family, was determined to create a better life for her three younger siblings. Thanks to...
Read Sultana's Story