Poverty is deep and widespread in Zambia, despite the country's abundant natural resources. Sixty-one percent of the population lives below the poverty line—twice as many as in nearby Tanzania. The poorest households are headed by women, since men commonly migrate in search of employment, or by people suffering from chronic illnesses, such as HIV, tuberculosis and malaria.

Founded in 2001, FINCA Zambia started-off mainly in urban areas but is actively expanding its rural outreach. Mobile and agency banking are key strategies for improving the reach and range of its services.

64% Adult population financially excluded The level of financial inclusion in Zambia is higher than in Africa overall, but is still low, at 31%.
3,150 55% Female borrowers % #
21,180 Total FINCA clients
0 0% Borrowers in rural areas FINCA aims to increase its rural outreach through mobile and agency banking. % #
5,713 Total FINCA borrowers

Financial exclusion affects two out of every three adults in Zambia, making it difficult for most people to conduct business, run a household and build a future. In the face of severe poverty, the income that a family can earn through a small business might be the difference between one or two full meals in a day, while small amounts of savings can keep a child in school. FINCA Zambia aims to help families implement these basic survival strategies by providing credit and other financial tools to grow their resources.

The living standards of FINCA clients in Zambia reflect widespread poverty and a lack of basic services. Half the households have no running water and a quarter lack electricity. The educational status of family breadwinners is exceedingly low: 43 percent have only a primary education or less. A high percentage do not own the home they occupy, which makes it difficult for them to access credit and to accumulate wealth over time.

Like Pakistan, which also has an urban-based clientele, FINCA Zambia shows that quality of life is not always better in urban areas than in the countryside. Cities may offer more diverse economic opportunities, but they do not guarantee a better standard of living, especially for those at the bottom of the ladder.

$2,208 36% Average annual profit 36% of total sales. % #
1.6 Average # of employees per client enterprise
8,975 People employed in FINCA-funded enterprises
439 5% Employees hired due to FINCA loan % #
4,981 56% Wages paid above the poverty line The wages provided by FINCA clients in Zambia are lower than other subsidiaries in the region. % #
Explore FINCA Loan Sectors

The average client enterprise in Zambia earns $2,208 each year in profits. Most of these micro-enterprises are engaged in trading activities, which make less intensive use of paid laborers than other sectors. This reduces the job-creating impact of FINCA's loans relative to other countries where we work. Despite these factors, the majority of people working in FINCA-funded enterprises are earning wages above the national poverty line.

FINCA Zambia has the highest share of female business owners in the region. Most of FINCA's female borrowers are the main source of income for their families. A quarter of them are single mothers, also the highest in the region. Woman-run enterprises are contributing a smaller share of the total jobs, however, because they are more likely to be engaged in activities such as trade, which are less prone to use hired workers.

While the majority of clients in Zambia are using their loans to expand or start a business, they also have other priorities. Twenty-seven percent aspire to improve their homes, 10 percent are purchasing family assets, and another 5 percent are investing in education. The overwhelming majority of our borrowers in Zambia believe that the FINCA loan was (or will be) instrumental in helping them to achieve these goals.

A Financial Product Just for Her

Nene is thriving as an entrepreneur thanks to a new FINCA loan product targeted at women in the Democratic Republic of the...
Read Nene's Story 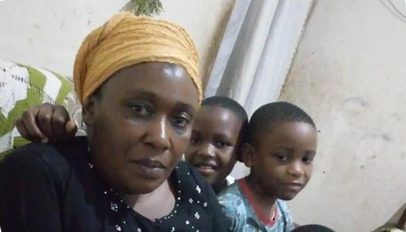 Aidah Asiimwe is grateful to BrightLife for turning on her lights free of charge during the COVID-19 pandemic. Read her story.
Read Aidah's Story

Beating the Odds During COVID-19

FINCA DR Congo client Eugénie Kabeya, a seamstress, has beaten the odds by staying in business despite the COVID-19 pandemic. Find out...
Read Eugénie's Story